Many of us have enjoyed the cute videos shared on the internet of dogs confronted when they have done something naughty.  Usually the owner recording it will say something like, “Fluffy, what did you do?”  And Fluffy will look so remorseful that it is funny.  Fluffy will hang his head under the burdern of guilt.  Fluffy will display a conscience.

He has mastered a sincere attitude of pride in all he accomplishes.  He wags his tail.  He looks up and smiles, as if to say, “I am glad you noticed.”

/For example, today, my lovely wife, Miss Sugar, bought a new grill and a cover for the grill.  We grilled some steaks within an hour of bringing it home.  When it cooled, Sugar put on the grill cover.  I suppose she intended to protect the grill from the elements.

Gus discovered the tray that catches drippings of grease.  It was not an easy task.  He had to get under the cover, which was awkward, so he wisely decided to remove the cover altogether.

So when I said, like the owners of the cute remorseful dogs, whose videos I have viewed,  “Gus, what did you do??”  his response with body language said what, if it was in words, would be: “Yeah, ain’t it great?  I know what you were thinking.  You were thinking that next time you want to use the grill, you have to take that cover off before you can even use it.  So, I knew you would be happy to see that I removed it in anticipation of your needs.  And don’t think it was easy.  It had those Velcro straps.  I had to use my mouth to bite through that Teflon material.  It took a long time, but now it is mostly off.  I just need you to help me get the tattered remains off too.  It looks stupid to have the grill partially covered. You are welcome.”

I hope Sugar has learned a lesson in utilitarianism.  She often fails to express appreciation for what Gus does for us.  She is very forgiving, but what is there to forgive?

Gus wishes that she would come to recognize that he is, indeed, beyond reproach. 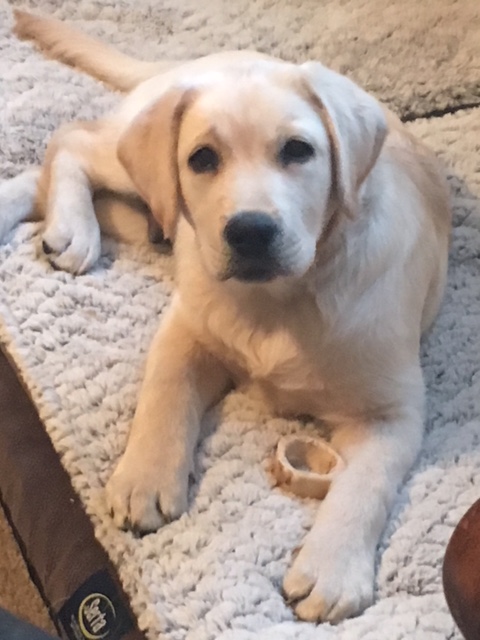 2 thoughts on “Beyond Reproach”